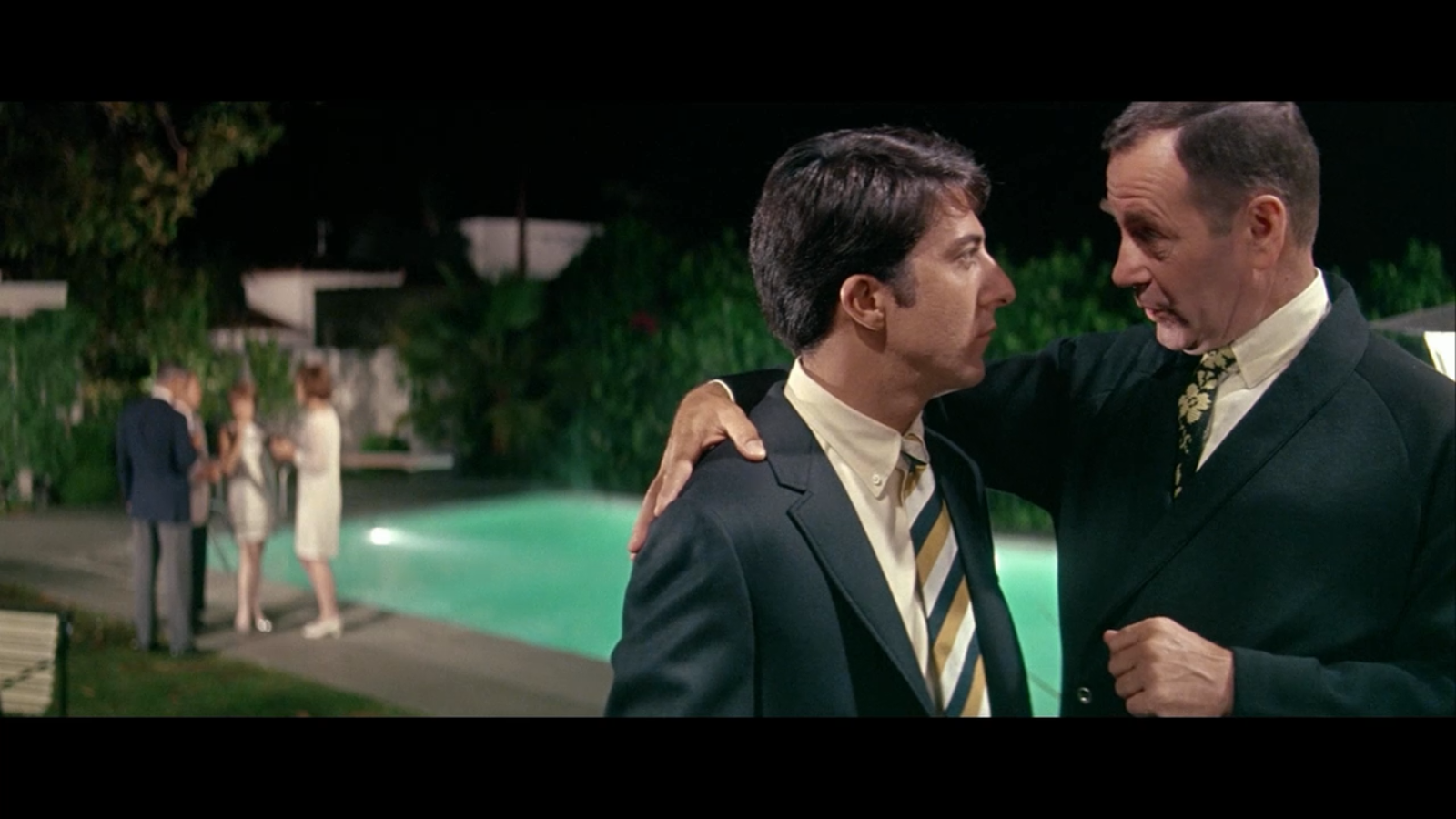 I believe effective life cycle estate and financial planning is anchored in the Quadrant of Facts, Forecasts, Life Stages, and Unexpected Events. Over the past several weeks, ten posts covered a lot of territory about Facts and Forecasts.

This is a pivot point at which we begin exploring planning issues in the first of several Life Stages: Early Adulthood. when one is post-college but still single.

Early Adulthood has several Facts, but the biggest one is Time: you have a lot of it, because your life expectancy is long. Over time, small variances in human capital formation (the driver of future earning power) or savings rate in Early Adulthood compound into very large differences in your Total Income Statement and Total Balance Sheet. Another Fact of Early Adulthood tends to be a relatively low income.

Early Adulthood is invariably a time of Forecasts: Where is the best city to live? Will this person make a good spouse? What career will make you happy? Will your career succeed? Like any Forecasts, these may turn out to be wrong. In Early Adulthood, it’s particularly important to build resiliency into your planning in the event your Forecasts miss the mark.

Career development is one of the two key projects of Early Adulthood (the other is family formation). Three key elements of career development include skills acquisition (making sure you’re good at doing something), career exploration (finding something to do that you like), and networking (coaxing serendipity to work in your favor). Over the years, I’ve identified what I think are three “best in breed” resources for each of these elements.

For those reading this post who are not Early Adults, these books would make great gifts for Early Adults you know (although yes, you will run the risk of being the “Plastics” Guy from The Graduate at presentation time….)

Smith’s book also provides a very useful analysis about the types of work that are likely to remain viable under conditions of globalization and automation, and a fresh take on an “accredit yourself” approach to education and job seeking – in contrast to relying on expensive credentials alone.

For career exploration, I recommend Cal Newport’s So Good They Can’t Ignore You: Why Skills Trump Passion in the Quest for Work You Love. Described as an “evidence-based blueprint for creating work you love,” Newport’s book offers a valuable counterpoint to conventional “do what you love” career advice.  The book provides numerous case studies of how people who love what they do ended up that way.

Newport finds that passion for work followed after people became really, really good at doing something valuable. He identifies the importance of building “career capital,” and ways to do that, as well as ways to deploy career capital to gain more autonomy and control over one’s work, and then finally identifying and pursuing a mission in the work.

For networking, I recommend Keith Ferrazzi’s Never Eat Alone. To an extent, Ferrazzi is so good at self-promotion that it might make readers uncomfortable. That doesn’t take away the validity of his core insight: networking is about giving, not taking. At best, it feels like a constant flow of interaction among friends, constantly seeking ways to help people achieve whatever is successful to them. By investing through giving to a broad array of relationships long before you need anything, you’ll be in a great position to get help when you need it, and you’ll have a lot of fun along the way.

Early Adults who effectively pursue skill acquisition, career exploration, and networking are doing exactly what their life stage calls for.

But even as the “springtime” of Life Stages, Early Adulthood can still present its own varieties of Unexpected Events, which I think cluster into several areas:

Liability. At a time when you are building your Total Balance Sheet, avoiding liability exposure is important. For an Early Adult, the major liability risk is driving (even sober driving). Don’t skimp on liability coverage in your auto policy.

Even if you’re not married and don’t have children, and have decided you don’t need a Will, you should get a Power of Attorney and a Living Will.

The Power of Attorney will allow an attorney-in-fact to act for you legally and financially if you’re not able to do that yourself (for instance, if you’re in some icky accident, or are trekking far away when a tax return needs to be signed). The Living Will will reduce your family’s heartache if that icky accident is a particularly bad one.

Change of Health. Most Early Adults are fortunate enough to embark on life with a clean bill of health, which is why life insurance is very cheap when you’re young.  If you get bad news about a chronic condition or rare type of disease, your cost of coverage may spike, or coverage might not be available at all.

Before you end up with a spouse and children, life insurance may (rightly) feel like the last thing you need.

Nonetheless, as an Early Adult, it may make good sense to buy comparatively large amounts of convertible term life coverage from a mutual carrier with very high credit ratings.

If you reach a point while the coverage is in effect when it seems unlikely a spouse or children will appear, you can always drop it and you’ve lost very little, while gaining peace of mind. On the other hand, if you get bad health news after you’ve collected the spouse and children, the decision to obtain coverage before the bad news arrives will be one of the best you ever made.

High quality convertible term coverage has another “optionality” feature that may be attractive for Early Adults.

If your career takes off like a rocket and early retirement becomes feasible, but your income is so high you have “maxed out” 401(k) contributions and can’t contribute to a Roth IRA, the ability to “over-fund” term coverage you converted to permanent coverage can provide an additional place to stash tax-deferred savings.

You could use the accumulated policy cash value to fund retirement years before age 59 1/2, when you can finally tap other retirement plans free of income tax penalties.

Unemployment. Sorry – the litany of horribles continues. Unemployment can be a risk at any age, but in Early Adulthood one tends to start out lacking an emergency reserve savings fund. Building one should be a priority, but not to the exclusion of saving for retirement.

Saving in Roth IRAs can be an attractive way to do both things (as long as one is not foregoing an employer match on a 401(k) in order to fund the Roth). That’s because contributions to Roth IRAs can be withdrawn penalty-free after 5 years, or to buy a first house (up to a $10,000 maximum), or after you have had a disability (for details, see here).

Career Non-Launch. Sometimes plans for a career trajectory don’t work out as intended. It’s easy to pick on acting and screenwriting, but it could also be an investment banking career that ends early, or a startup that never manages to have its IPO. (Lately, it might also be a law firm job that never materializes after law school.)

When it’s still rather unclear what your income will eventually turn out to be, it’s important to retain flexibility in your cost structure and remain wary about assuming debt. That may mean delaying purchasing real estate, and being cautious about car loans and other debt.

Prince Charming Doesn’t Arrive. It’s not unusual for people who don’t plan on being a primary earner to plan on and design a lifestyle that won’t be funded primarily by their earnings.

This is often a reasonable expectation, but if the “marry rich” Forecast doesn’t work out, it’s very important to be able to shift gears to a more financially sustainable lifestyle. This may mean being sure to cultivate a marketable skill that is in demand outside expensive coastal major metropolitan areas.

For instance, getting really good at fundraising and development is a choice with good optionality: start in Manhattan and marry a hedge fund executive, or, instead, if that doesn’t happen, move back to the flyover.

Generally speaking, however, the planning imperative for Early Adulthood is much less about legal documents and risk management, and more about playing offense: keep on aggressively building your human capital, first, foremost, and always.